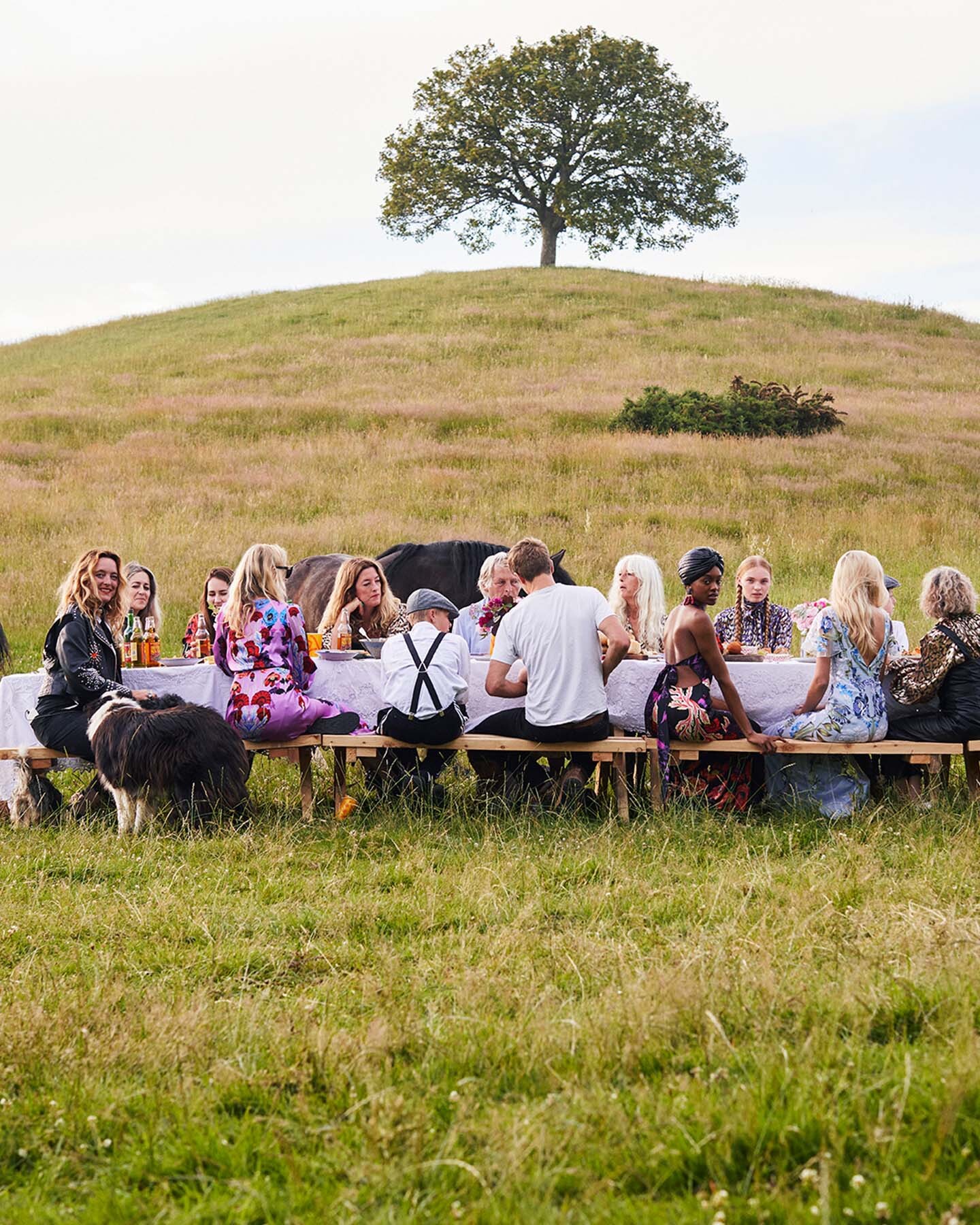 It’s Temperley's 22nd birthday – so on 22.2.22, Alice is throwing her friends (and their favourite dresses) the party they all deserve.

2022 marks the 22nd anniversary of Temperley. The vision that first took shape in a Notting Hill mews house has lavished sparkle and mischief on countless red carpets, weddings, premieres, parties and galas in the years since. Twenty-two years may not be a traditional milestone, but – fittingly for a designer whose creations come equipped with their own sense of occasion – Alice is ready to celebrate. “22 has always been my lucky number,” Alice says, noting that her birthday, her wedding anniversary and the business’s first address all include ‘22’. “Everything always seems to come back to it.” In numerology, too, 22 is meaningful: it represents the fulfilment of one’s greatest aspirations, and a sense of strength and accomplishment. “There’s a lot of magic around the number. It’s definitely powerful.” What could be more powerful, more magical, than toasting to the brand’s 22nd on a date consisting of a string of 22s? On Tuesday 22nd February – 22.2.22, naturally – Alice, along with friends and muses, will celebrate a 22nd anniversary party. “We want to share the joy of the occasion,” Alice says. “The past two years have been the most challenging the business has ever faced, and we’ve met them, transforming and staying true to the brand. A party seems only fitting.” The party at The Mandarin’s Aubrey Restaurant will inaugurate a year of festivities that will travel from London to Somerset, in the form of a riotous summer party and client events.

But for now, Alice is looking forward to a specific moment, the still point around which the entire party will revolve. “At 22 minutes past 10 – 22:22 – I want to be drinking a very strong cocktail surrounded by people who’ve been with us all along. It’s time to raise a toast to the first 22 years of Temperley London, and everything still to come.”

Five key moments from the first 22 years of Temperley London

“We lived above the shop and our studios. As time went on, we kept extending it, but I didn’t leave that building for about 10 years. Sometimes I’d go three to four days and realise I hadn’t left the mews.

“Painting a Union Jack onto the facade made that mews building iconic. Lots of people came to find it and take pictures in front of it – it became this emblem of eclectic, different Britishness.”

2004: Annie Leibovitz shoots the Temperley team for US Vogue

“American Vogue editor-in-chief Anna Wintour chose a female designer to represent each decade in a fashion editorial. Stella McCartney was the Thirties, Miuccia Prada the Forties, Carolina Herrera the Fifties – I was the Twenties.

“She sent Annie Leibovitz around to do the portrait. We thought she might come with a crew, but it was so much bigger than that. She arrived with a massive articulated lorry and a team of about 50 people to shoot us in the mews where our office was…. I don’t think I realised at the time how powerful it would be to be part of that feature, but it definitely represented a step into America. And of course it’s an amazing picture.”

“The British Museum invited us to stage our autumn-winter 2011 show in the Great Court, that soaring Foster and Partners atrium. The chance to show there felt like a no-brainer because it’s such an incredible space, but there were real constraints. In this case, the timeline: We had to get in there at something like 5:00pm, show at 7:00 and get out of there straightaway.

“It all worked out, of course. It ended up being such a milestone. To create such a memorable LFW moment, especially only a few years after we came back from showing in the States, gave us incredible support and buzz.”

“My very posh assistant told me I had a letter from the Queen, and I was sure she was joking. Then I opened the letter and realised it wasn’t a joke.

“The day of the ceremony itself, I’d just come in on a red-eye flight from New York or Los Angeles. I was in such a rush that I didn’t give much thought about what to wear to the Palace. A suit felt like the easiest option. It always is. This one was a high-waisted black suit with a cropped jacket. The medal really popped against the jacket, which was lucky…. Being made MBE remains one of the most flattering, validating moments in my career as a designer. I still can’t believe it.”

“During the pandemic, it was very obvious we needed to be agile and to move quickly to survive. I wanted to move the design studios and the main HQ of the brand home to Somerset, giving us more space and a better life-work balance…. The first time I walked into the building that would become Temperley Ilminster, all the hairs on my arms stood up.  I knew this was our home.

“My partner and I managed to buy it and get the keys in three weeks, and then spent five months converting the derelict building to move out of London. Temperley Ilminster exists as this vibrant, thriving creative hub in Somerset.