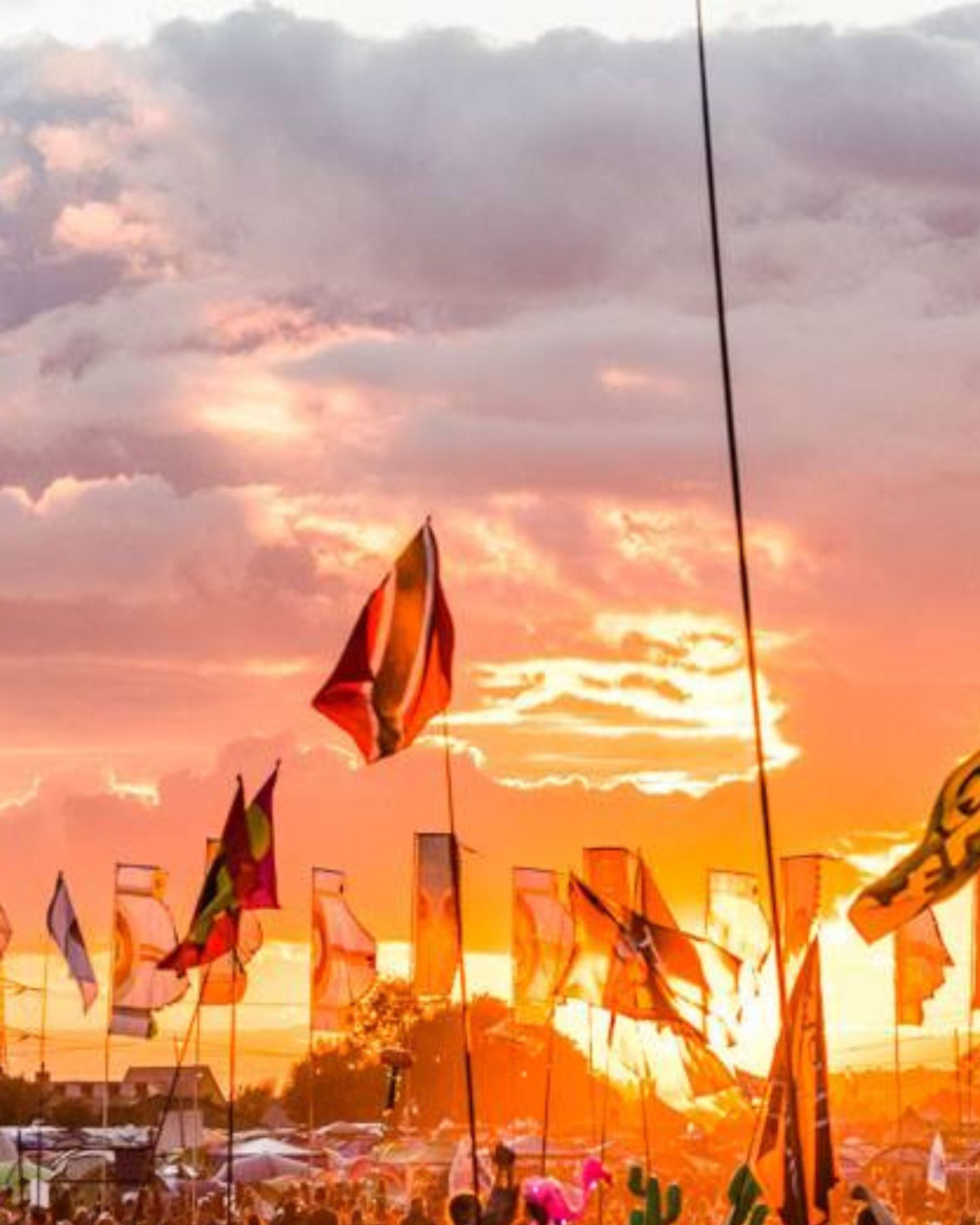 Looking back over 50 years of the Glastonbury Cider Bus

A perennial feature in the Temperley calendar, Alice shares her fond memories and tips for the Somerset festival ahead of the milestone anniversary.

Basking in mass revelry and embracing a sense of freedom — there’s nothing on the planet like Glastonbury Festival.

Set in 900 acres in the Vale of Avalon, 2022 marks the 50th anniversary — and the Temperley family has been there for every single one.

A Glastonbury institution, described by the Guardian as ‘almost as iconic as the pyramid itself’, the Somerset Cider Bus is the home of the Temperley clan for the four day festival.

‘My parent’s first bar at Glastonbury was a horse and wagon. We slept in the back while the adults were serving the festival-goers,’ remembers Alice.

Having been to about 40-ish Glastonbury Festivals (so that’s about 200 days spent on the Worthy Farm site), she recalls how times have changed.

‘When I was little, there were naked people, a lot of horses and wagons, loud tents and illicit trading at every gate. People used to party all night, all over the site and it was wild,’ says Alice.

‘Things are much tamer nowadays due to the site being fenced and late night sound systems being banned for most areas. Some of my stories are hilarious, including the loos — drowning in some, Peeping Toms with mirrors and so many I can’t share….. It’s a festival about freedom and liberation, and I have seen my fair share of it all.’

How times have changed for the bar-come-bus too. ‘For the upcoming festival, 70 people will work on the family bus and we are now into our third generation serving our cider at the bar,’ she says. ‘I am not looking forward to controlling the teenagers at this one!’

Not only has the Temperley dynasty and the bar garnered attention and a loyal fan base, but so has their festival style.

On the topic of festival fashion, Alice says: ‘Comfort number one, layers and Glastonbury-appropriate footwear for mud, dancing and what sometimes feels like walking for miles. Ponchos or blanket shawls to sit on are always great and a small cross body bag for all my essentials. To be hands-free is a must! You can always pick up some vintage clothes from the stalls, so you don’t have to pack too much.’

A vibrant cultural melting pot, an inspirational mini-state, an alternative reality. Returning this year after a two-year hiatus, Glastonbury runs from the 22nd to 26th June. If you have a ticket, make sure to visit the infamous Cider bus.