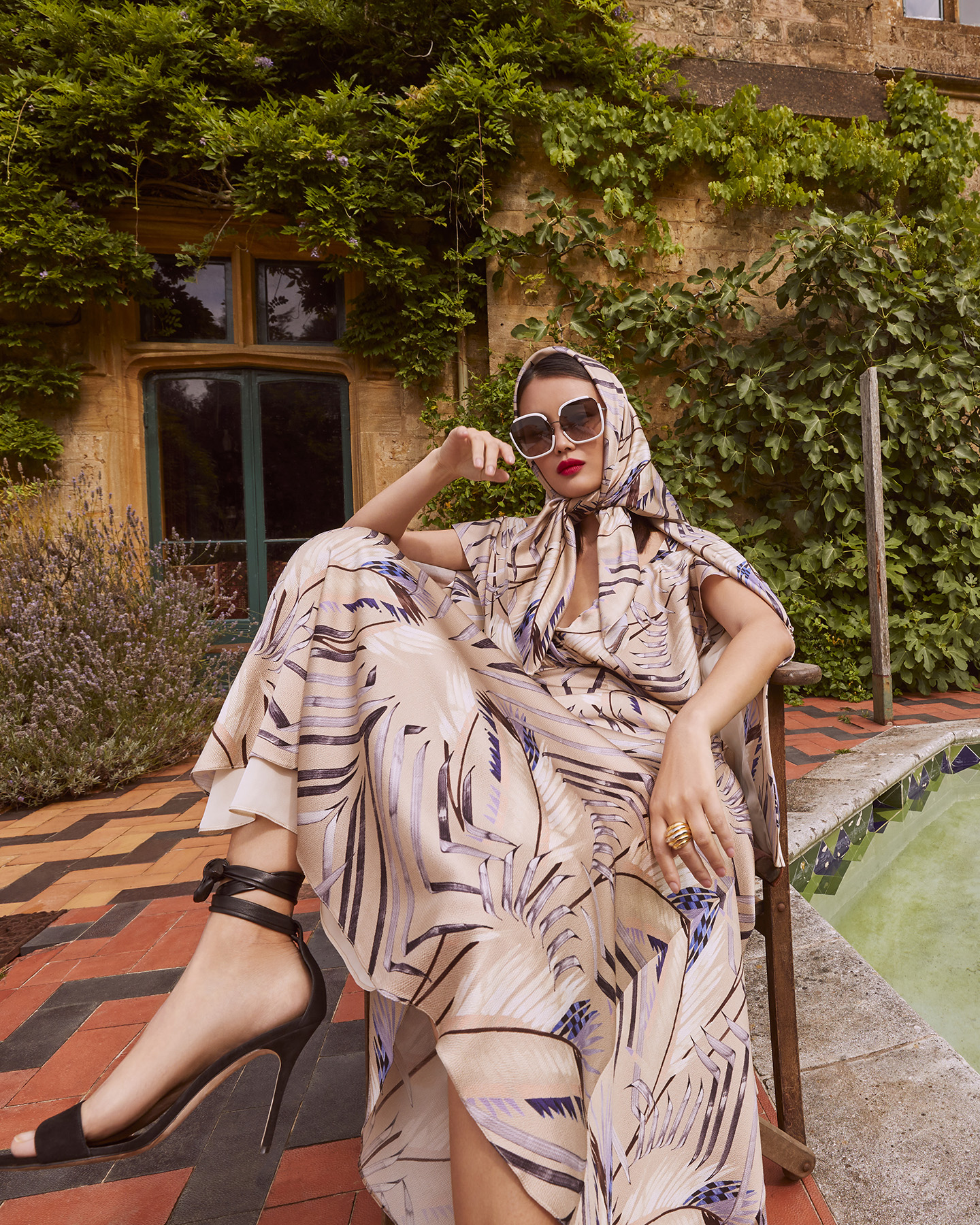 How a ‘made in Britain’ ethos informs everything Alice does

Bringing production back to the UK enhances the 360-degree Britishness of these Temperley icons. The Clove is a timeless tailored three-piece suit cut from the finest Italian velvet. Its immaculately tailored waistcoat, jacket and wide-leg trousers are infused with Swinging London swagger. And the Palmae, a capsule collection including two dresses and tailored separates, for a modern take on suiting, trails the heady promise of that most British of traditions: a getaway to sunnier climes.

True British style and individuality have always been at the heart of Temperley, and Alice is proud to be at the vanguard of a revival in British making. Temperley partners with as many local producers as possible. In addition to the suits, Temperley makes its sustainable outerwear in Axminster, its handbags and leather goods in Yeovil and its floor coverings in Axminster. Tweed fabric for new tailoring designs also comes from a Somerset-based producer. The result is that outerwear, accessories and key bridal elements are all produced within a few miles of the World of Temperley headquarters in Ilminster. In comparison, East London is relatively far afield.

Finding new production partners is a treasure hunt that Alice is happy to undertake – especially now that producers are reopening once-dormant facilities, and reviving near-forgotten skills. “Anything that we can make beautifully in the UK, we should make here,” she says. “If we could make everything in England, we would.… This work is coming back, and we’re thrilled to be a part of it.”