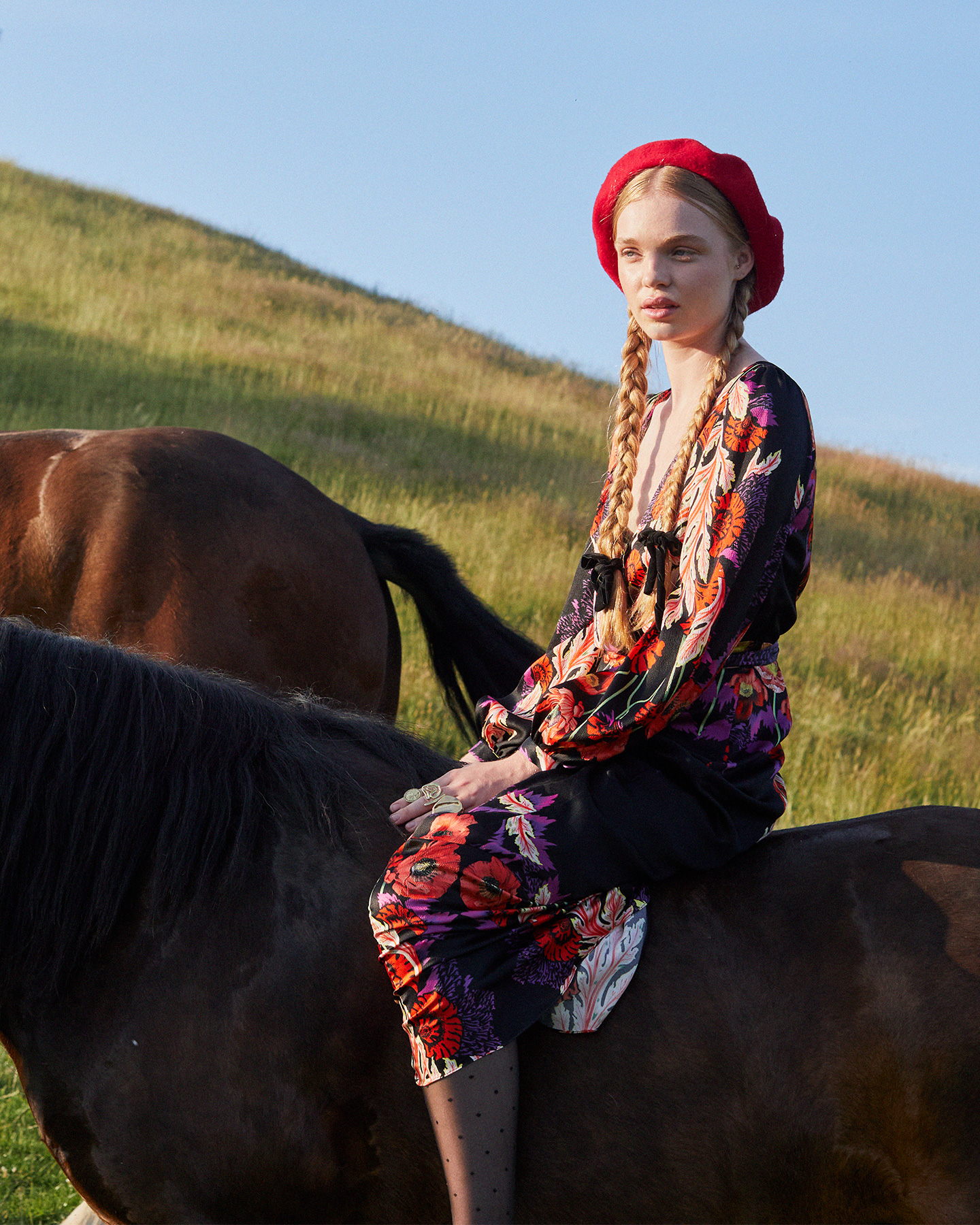 Method Behind The Madness: The Avril Dress

Alice shares the story of the key SS22 piece

The hammered-silk Avril dress, with its bold, eye-catching florals, is a key piece from Temperley London’s Spring-Summer 2022 collection. To create the design’s intricate flowers, Alice drew inspiration from the psychedelic colour palette of the late Sixties.

Here, she describes the process behind all the peonies and poppies…

How and where did you dream up the flower design?

‘The collection as a whole was a celebration of nightlife, dance and music movements throughout the 20th century; how they fuse, morph into something new and re-occur.'

‘We were designing from our homes during lockdown and were filled with nostalgia for dancing in a field — and curiosity for what would come next.'

Where were they painted, and how long did the print take to create?

‘This collection was created at the height of 2020 lockdown, so the flowers were painted lovingly by hand in our textile designer’s home studio.'

‘Depending on the complexity, each flower can take between one to three hours to complete, so the print design took around a week. Then the development stage, where the artwork is engineered to fit the garment’s pattern pieces, spanned approximately six months.’

Can you share some of the inspirations for the print?

‘The concept for the print was strongly influenced by Victor Moscoso’s psychedelic ‘Melts in your Mind’ posters. Stylised peonies, poppies, flamboyant tropical leaves and warping stems are combined to create an appreciation of classic Art Nouveau composition through the lens of late sixties psychedelia.'

‘We chose to focus on poppies, both for the hallucinogenic and heady connotations, but also because they symbolise rebirth. They’re a kind of light at the end of the tunnel, tending to grow in conditions of disturbed earth. Again something that held a mirror up to the time of designing during Covid.’

The Avril Dress celebrates freedom and the beauty of the natural world – both threads woven throughout the Temperley DNA.